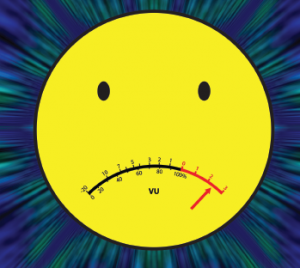 Anil Lalwani, MD, professor and vice chair for research in the department of otolaryngology–head and neck surgery at Columbia University College of Physicians and Surgeons in New York City and the current president of the American Auditory Society (AAS), introduced a session focused on important new research and knowledge in hearing loss. He noted that the research presented in the session would point to a need to refine how to test for hearing loss.

Sumitrajit Dhar, PhD, chair of the department of communication sciences and disorders at Northwestern University in Evanston, Ill., began his talk by explaining, “We know that at some point in our lifetime, auditory function starts to decline.” He added that the real question is when the decline begins, and one barrier to answering this question has been the lack of sound sources that deliver clean but adequately intense signals to evaluate the parts of the inner ear that are responsible for capturing the highest audible frequencies.

Another barrier to evaluating the cochlear base in routine clinical or research protocols has been the inability to accurately calibrate sound levels at high frequencies.

Dr. Dhar’s research team has developed instrumentation that meets these challenges. Using this instrumentation, they analyzed data from 1,148 individuals, all of whom had thresholds of <20 decibels hearing level (dB HL) in the standard test frequencies and did not report history of noise exposure, ear surgery, or ototoxic drugs. In other words, he said, “These individuals are as a pure a data set as we can lay our hands on.” Moreover, he added that it is “not a trivial dataset but, rather, a pretty substantial dataset.” The group included both males and females who ranged from 10 to 60 years old. The researchers provided equivalent stimulus levels for threshold and distortion product otoacoustic emissions (DPOAE) measures, with the signals calibrated to account for ear canal volume/geometry. They tested thresholds between 0.125 and 20 kHz and analyzed the data by placing the results in five-year age bins.

The investigators evaluated hearing loss against a reference of the average thresholds of 10- to 14-year-olds. In doing so, they found that hearing loss begins at a much earlier age than is commonly thought—between the ages of 25 and 29 years. Moreover, the biggest decline in hearing was observed between 25 and 45 years of age. He emphasized that this hearing loss was discernable as low as 6 kHz.

Likewise, when Dr. Dhar’s group evaluated DPOAE loss, they found that individuals between the ages of 25 and 29 years experienced the first clinically significant DPOAE loss. Taken together, the results are consistent with an overall degradation of the cochlea. Dr. Dhar pointed out that these findings also mean that it is now possible to reliably evaluate cochlear function at higher auditory frequencies.

Our testing paradigms for “routine” audiometry will significantly change in the next few years to be able to detect these hearing losses that currently remain hidden. —Anil Lalwani, MD

Sharon G. Kujawa, PhD, associate professor of otolaryngology at Harvard Medical School in Boston, discussed “hidden” hearing loss, saying that hair cells have traditionally been considered the primary targets in many forms of acquired sensorineural hearing loss. This is likely because hair cells have demonstrated vulnerability and undergo rapid loss that can be easily linked to insult. Moreover, their loss produces overt hearing loss that is readily apparent in the audiogram.

In contrast, she noted that loss of auditory neurons occurs with a delay and can follow a protracted time course, suggesting that the neural loss in such injury occurs as a secondary consequence of the loss of the hair cell targets.

In recent years, Dr. Kujawa and her colleagues have shed new light on these assumptions using animal models of common forms of acquired sensorineural hearing loss. Beginning with noise-induced hearing loss, Dr. Kujawa said that she and her colleagues used an exposure that would have once been considered benign, producing only temporary threshold elevations and no hair loss. When the ears of these animals were examined with powerful new immunostaining and imaging techniques, however, the investigators found that nearly 50% of the synaptic communications between inner hair cells and afferent neurons were permanently destroyed. She reminded the audience that such synaptic and neural loss can be massive without altering thresholds. Thus, the significant injury is “hidden” in the normal threshold audiogram.

The investigators then examined the role of synaptopathy in aging. They found that synapse loss begins early in life, before threshold sensitivity and hair cell declines begin, and progresses gradually with age. “As synapse number declines, neural response amplitudes fall in proportion, providing a non-invasive reflection of the underlying injury,” said Dr. Kujawa. Moreover, as ears age after noise exposure, ongoing changes with age are exaggerated.

Dr. Kujawa concluded her talk by explaining that once a synapse is destroyed, the neuron is functionally disconnected and can therefore carry no auditory information unless it is stimulated directly. Although threshold detection tasks do not require a full population of intact neurons, the investigators expect that such synaptic and neural loss contributes to speech-in-noise difficulties and tinnitus, two common complaints that can occur with or without threshold elevations.

Jing Shen, PhD, research assistant professor in the department of communication sciences and disorders at Northwestern University, followed up with a presentation on association of hearing loss with cognitive decline in the elderly. She said that nearly half of the population older than age 65 has hearing loss, and this vulnerable population is expected to double in size over the next two decades.

As Dr. Dhar noted, this hearing loss may actually begin in the mid-20s. Possible explanations for cognitive decline associated with hearing loss in the elderly include neural loss with aging, social isolation, and negative consequences on cognitive load with hearing loss. For older patients, she emphasized earlier detection and treatment for hearing loss and awareness of cognitive changes.

During the discussion, the investigators delivered a message to clinicians: Do not ignore a patient who claims hearing loss but tests normally on an audiogram, no matter their age. These patients may be experiencing a hidden hearing loss that is not an audibility problem, per se. While they may pass the simple tests for hearing loss, they might be having trouble focusing on and processing sounds in complicated situations.

As scientific understanding of hearing loss increases, the tests for hearing loss will change, leading Dr. Lalwani to conclude, “Our testing paradigms for “routine” audiometry will significantly change in the next few years to be able to detect these hearing loss[es] that currently remain hidden.” The new research in auditory science creates a great foundation to make those changes.

Dr. Pullen is a freelance medical writer based in Illinois.