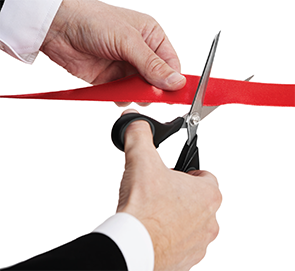 Many physicians, including otolaryngologists, are hailing a Congressional proposal to streamline the audit process of the Centers for Medicare and Medicaid Services (CMS) as a good step forward, even though it is a long shot to be passed into law. “If there’s anything that makes it more balanced, more fair, less burdensome, and less onerous, then that’s a plus,” said otolaryngologist Hayes Wanamaker, MD, who practices at Ear Consultants of Central New York and is chief of otolaryngology at Crouse Hospital in Syracuse, N.Y.

The Audit and Appeal Fairness, Integrity, and Reforms in Medicare (AFIRM) Act of 2015 would speed up the recovery audit (RA) appeal process, formerly known as the recovery audit contractor (RAC) initiative. It would shorten look-back periods, increase transparency, and allow licensed attorneys to serve as Medicare magistrates to adjudicate certain appeals. The proposed legislation, passed by the Senate Committee on Finance in June, is sponsored by Sen. Orrin Hatch (R-Utah).

Chuck Buck, publisher of RACmonitor, an online news outlet focused on government auditing entities, doesn’t think the bill has much chance of success in the current session of Congress. He points to the upcoming presidential election, the controversial treaty on dealing with Iran, and continuing legal fights over the Affordable Care Act as impediments. “It is unlikely, in this current environment, that the bill, no matter how well intended it is, will be passed,” Buck said.

Still, Buck said otolaryngologists and others can take positives from the bill in that the proposed 2016 budget for the U.S. Department of Health and Human Services (HHS) reflects some of the bill’s recommendations. For example, Medicare magistrates, who could hear cases for overworked administrative law judges (ALJs), were included in HHS’ budget after hearings were held on the proposed act. “We must assume that both (Sens.) Hatch and Wyden knew the outcome of their bill beforehand, that it wouldn’t pass,” Buck said. “Nonetheless, they convened hearings and drafted the legislation, which will now, most likely, not be passed but instead will end up as policy.”

The proposal to reform the RA program comes as it struggles with efficacy and success. The Office of Medicare Hearings and Appeals can’t docket appeals for 20 to 24 weeks, Sens. Hatch and Wyden announced over the summer in prompting their bill. In fact, in fiscal year 2009, the majority of appeals were processed in 94 days. In fiscal year 2015, it is expected to take an average of 604 days—more than 18 months.