The Stark law and the Anti-Kickback Statute (AKS) are the U.S. healthcare system’s primary fraud and abuse laws, and highly anticipated proposed reform plans from the Centers for Medicare and Medicaid Services (CMS) and the Office of Inspector General (OIG) were finally unveiled on Oct. 17, 2019.

The proposed reforms would 1) clarify certain requirements and concepts under existing regulations and 2) allow certain compensation arrangements between parties that participate in alternative payment models and other novel financial arrangements touted by the Department of Health and Human Services (HHS).

Despite efforts by the CMS and the OIG to closely coordinate the proposed changes, healthcare providers may still be left interpreting and navigating two sets of slightly different rules and standards. 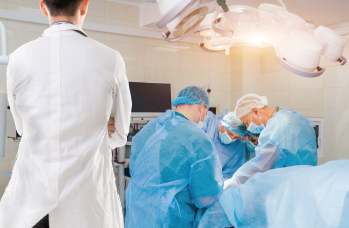 Also known as the Physician Self-Referral Law, the Stark law prohibits physicians from making referrals for designated health services payable by Medicare to an entity with which they or an immediate family member have a financial relationship—unless an exception applies. In addition, the Stark law prohibits the entity receiving the referral from filing claims with Medicare or billing another individual, entity, or third-party payer for those referred services.

To qualify for a Stark law exception, all requirements of the exception under the Code of Federal Regulations (42 CFR § 411.357) must be met or the provider could be subject to civil monetary penalties, regardless of intent.

The AKS prohibits physicians from offering, paying, soliciting, or receiving a direct or indirect payment in return for referrals for items or services paid for, even in part, under a federal healthcare program. Common safe harbors under the Anti-Kickback Statute include those for space or equipment rentals, investment interests, personal service and management contracts, practice sales, and referral arrangements for specialty services.

To qualify for an AKS safe harbor, all elements of each safe harbor under the Code of Federal Regulations (42 CFR § 1001.952) should be met; however, a provider’s intent is also relevant. Failure to fit squarely into a safe harbor does not necessarily mean that an arrangement violates the AKS, but the arrangement is subject to heightened scrutiny.

The CMS & the OIG are proposing four new value-based exceptions, or safe harbors.

The CMS and the OIG hope to boost value-based initiatives and referral price transparency. The proposed changes give physicians more flexibility to improve quality of care while encouraging collaboration between providers, and collaboration between providers and patients. Transparency and seamlessness within the healthcare system are core concepts of the proposed reforms, although, for now, the CMS stopped short of requiring providers to inform patients of the cost of seeking additional services at the referral stage.