Human immunodeficiency virus. Contracting HIV after needlestick injury is rare. From 1981 to 2006, the CDC documented only 57 cases of HIV/AIDS in healthcare workers following occupational exposure and identified an additional “possible” 140 cases post-exposure.5,6 Of the 57 documented cases, 48 sustained a percutaneous injury.

Following needlestick injury involving a known HIV-positive source, the one-year risk of seroconversion has been estimated to be 0.3%.5,6 In 1997, Cardo and colleagues identified four factors associated with increased risk for seroconversion after a needlestick/sharps injury from a known positive-HIV source:

Hepatitis B virus. Widespread immunization of healthcare workers has led to a dramatic decline in occupationally acquired HBV. The CDC estimated that in 1985, approximately 12,500 new HBV infections occurred in healthcare workers.3 This estimate plummeted to approximately 500 new occupationally acquired HBV infections in 1997.3

In the absence of post-exposure prophylaxis (PEP), an exposed healthcare worker has a 6% to 30% risk of becoming infected with HBV.3,8 The risk is greatest if the patient source is known to be hepatitis B e antigen-positive, a marker for greater disease infectivity. When given within one week of injury, PEP with multiple doses of hepatitis B immune globulin (HBIG) provides an estimated 75% protection from transmission. 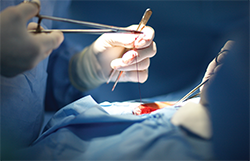 Healthcare workers who have received the hepatitis B vaccine and developed immunity have virtually no risk for infection.6,7

Hepatitis C virus. Prospective evaluation has demonstrated that the average risk of HCV transmission after percutaneous exposure to a known HCV-positive source ranges from 0% to 7%.3 The Italian Study Group on Occupational Risk of HIV and Other Bloodborne Infections evaluated HCV seroconversion within six months of a reported exposure with enzyme immunoassay and immunoblot assay. In this study, the authors found a seroconversion rate of 1.2%.9