Experts in voice treatment brought their experience to the table in a case-based panel discussion held during the Triological Society Combined Sections Meeting in January 2017, giving insight into their approaches to patient management and injection laryngoplasty. 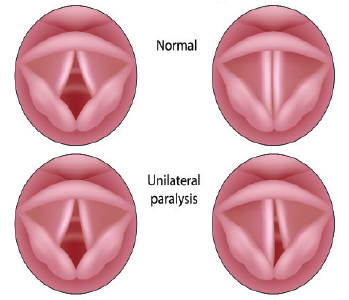 Michael Benninger, MD, chairman of the Head and Neck Institute at Cleveland Clinic, presented a case that involved a 24-year-old woman who had been thrown through a windshield in a car crash. She had developed a “fairly significant” keloid on her neck; she also had a lacerated jugular vein and a carotid artery tear. It was suspected that she had a transected recurrent laryngeal nerve (RLN). Dr. Benninger said that her voice, while “not too bad,” was still something an otolaryngologist would want to help improve.

Robert Sataloff, MD, DMA, FACS, professor and chair of otolaryngology at Drexel University in Philadelphia, suggested a voice assessment. He also suggested that electromyography (EMG) would help determine whether the RLN is really cut and whether reinnervation could be considered. In a 2010 review, some patients thought to have a cut nerve simply had serious injuries with a lot of bleeding and nerves that were crushed by bone but were intact. “I do have a very low threshold for performing EMGs because we have a fair bit of experience being surprised by what we find,” Dr. Sataloff said.

Panelists agreed that the timing of the EMG, in order to get the most reliable results, depends on the details of each case. In this case, Dr. Kost said that at four months she would trust an EMG that showed nothing [no activity], due to the nature of the patient’s injury.

Dr. Benninger noted that this patient received only an office injection, mainly because of her keloid. Her physicians did perform an EMG and found it essentially normal. “She was very concerned about further neck scars,” he added. “We waited, and she did fine…. It looked pretty obvious to everybody that if you get the jugular vein, part of the carotid artery, and the sympathetic trunk, that you probably have gotten the vagus. But in fact, we didn’t.” He noted that the EMG really helped clarify the direction for treatment.