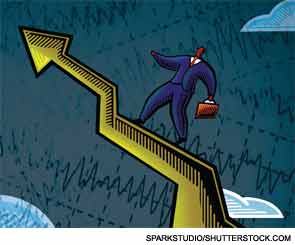 Traditionally, nights in sleep centers are abuzz with activity. However, some of these nights are becoming quieter as sleep centers find it harder and harder to stay open in the wake of the twin storms of decreased reimbursement and increased regulation.

It will likely take a well-thought out, creative action plan that takes into account new third-party payer and regulatory climates to help sleep centers surive and—ultimately—thrive.

Where Did the Reimbursement Go?

Several factors affect reimbursement for sleep studies, the largest contributor to a sleep center’s revenue. The most significant change is the advent of the home sleep test (HST), which is replacing about 30 percent of in-lab polysomnography (PSG). Starting March 13, 2008, CMS published a National Coverage Determination to allow HST to diagnose sleep apnea and, as of Jan. 1, 2013, private insurers have followed that lead. The use of HSTs has grown dramatically, not surprising when HSTs are reimbursed at approximately 30 percent of in-lab studies. In fact, while CMS reimburses for both HST and PSG, many private insurers now require that sleep studies be done at home, except in cases with confounding comorbidities such as diabetes, congestive heart failure or hypertension. This change in reimbursement has caused a dramatic and sudden shift in the services performed by sleep centers.

James O’Brien, MD, a sleep medicine physician in private practice in Boston, projects that by year’s end, the number of full PSGs will be down by 50 percent, while the volume of HST will rise by 75 percent. This increase will be a function of the cost-effectiveness of HST, and also of its convenience. For patients, performing a test in the comfort of their own homes rather than in unfamiliar labs can make the testing more attractive, with a great deal less anxiety involved.

Many sleep centers, small and large, have already become casualties of this new marketplace. The precipitous drop in reimbursement has left them struggling to pay their staff, along with rents or mortgages. Additionally, the rise in HST has necessitated a shift in staffing. Centers that once staffed nocturnally for PSG now need a smaller night shift and must add a daytime shift to provide HST equipment and train patients in its use.

As the pool of reimbursement dollars shrinks, competition for a share is mounting. Insurers are beginning to contract with larger preferred service providers, leaving smaller operations out of the picture. Also, some diagnostic companies are working with primary care physicians (PCPs) to offer sleep studies through their offices. The physician prescribes an HST for a patient he or she believes suffers from sleep apnea, and the company arranges for the test and provides a sleep physician to interpret it. Reimbursement is then shared between the PCP and the diagnostic company.