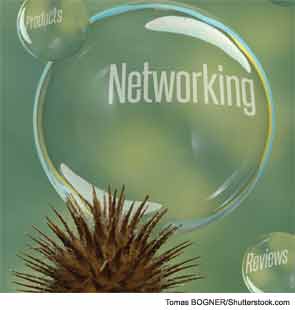 Social media provides a vibrant tool for marketing products and services to targeted consumers but allows only loose control of the information.

According to Kaplan and Haenlein (Business Horiz. 2010;53:59-68), social media is a collection of Internet-based applications that build on the ideological and technological foundations of Web 2.0 and allow the creation and exchange of user-generated content. They incorporate technologies such as Adobe flash player, which allows for audio and video streaming; really simple syndication (RSS), which allows standardization of publications such as blogs; and asynchronous JavaScript and XML (AJAX), which allow retrieval of data from web servers without changing the display or functions of the page being displayed.

Social media content is end user-generated and must be published on a publicly accessible website, must show a certain amount of creative effort by the end user and, finally, must have been created by a non-professional. The use of these sites has increased markedly over the past 10 years and is starting to penetrate all aspects of health care.

Examples of popular social media are Facebook, Myspace, YouTube, Twitter, Wikipedia, WikiLeaks and Ventrilo. MySpace and Facebook, launched in 2003 and 2004, are in use worldwide. Europe and Asia lead the world in Facebook accounts, at around 240 million apiece. As of the first quarter of 2012, there were 835 million Facebook accounts. Myspace has had similar growth rates. Many physicians and hospitals have Facebook accounts and use them to connect with their patients, with varying degrees of success.

Our own Academy has a Facebook page with 3,762 likes and a Twitter account with 2,697 followers. As with all social media, there is a broad spectrum of users, though younger members are generally more active. LinkedIn is also used by the staff and membership, albeit with volumes only in the low 400s.

YouTube statistics are even more staggering: Every minute, 72 hours of video are uploaded; four billion hours of video are watched every month, and in 2011, YouTube had more than one trillion views—around 140 views for every person on Earth. This has all been accomplished since 2007, a mere six years ago. YouTube distributes 500 years’ worth of video every day through Facebook, and 700 YouTube videos are tweeted every minute. Who could have envisioned these technologies or volumes 10 years ago?